In your search for a backup power source, you may have come across the terms inverter generator and standard generator used interchangeably. Both are fuel-powered portable generators that produce electricity, but each has unique, defining qualities.

Finding the ideal generator for your needs can be tricky without the proper information. This inverter generator vs. regular generator buyer’s guide will provide you with insight into each unit’s key features and advantages and the differences between them.

Every generator has a characteristic engine speed and a corresponding electrical energy output. A regular generator runs at 3600 rotations per minute (rpm) at a frequency of 60 Hz to produce 120V of electricity. It sometimes can’t maintain a steady 3600 rpm, resulting in harmonic distortion that causes the frequency and voltage output to change.

An inverter generator is somewhat more complex and has a few extra, more sophisticated parts to help deliver the final electrical output. Apart from running on fossil fuels like the standard generator, it has a battery, inverter, and alternator. The inverter engine converts rotating mechanical energy into electricity as an unvarying, high-frequency alternating current (AC) free from spikes, glitches, or surges.

The alternator then converts the AC to a direct current (DC). The energy output is safe to use for energy-sensitive electronic devices. You can regulate the amount of electrical energy the inverter produces by changing the engine speed. A low engine frequency tends to produce less electrical energy than a high frequency.

Inverter generators are lighter and smaller than conventional generators, making them more portable. They are designed for low power output and have a small fuel tank and engine size. The inverter generator has fewer and lighter assembly parts that contribute to a 40- to 60-lb. power unit.

Inverter generators are designed with sound cancellation technology and special mufflers to reduce noise production to 54 to 58 dBA. Their on-demand energy supply design also allows you to adjust the engine speeds to significantly lower the noise produced. This can allow you to comply with noise pollution regulations.

Finding a conventional generator compliant with strict environmental regulations can be a hassle. For example, if you plan to use your generator in a remote game reserve or national park, you risk hefty penalties and fines for disturbing the peace of the wildlife. Inverter generators also produce lower carbon emissions, making them a great eco-friendly option.

Standard generators produce AC electricity in a single step. Inverter generators, on the other hand, move through three phases — from high-frequency AC to DC to stable AC. The stable sine wave created during these phases results in a clean energy source. It is less prone to harmonic distortion than conventional generators, so it’s an ideal energy source for sensitive household appliances.

Inverter generators can maintain a constant speed when producing electricity. A few also have a standby mode that helps save on fuel usage when you aren’t using the electricity for anything. This system is efficient because the engine only consumes fuel when needed. However, it has to work harder to produce more power when switching from idle mode to active mode.

Another feature that contributes to the inverter’s energy efficiency is its initial power generation mode. The engine has a multiphase alternator that is much more efficient at converting AC to DC power than the two-pole alternator in standard generators.

A few standard fuel-powered generators can produce up to 10,000W of electricity, making them a great source of high energy output. These generators need a large engine and fuel tank capacity to meet this huge energy production capacity. Bigger conventional generators come with handles and wheels to enhance portability, though it can still be a hassle hauling around 100-lb. equipment.

Standard generators usually have a lower initial buying price than inverter generators. They are an ideal option when looking for an affordable source of high energy output. Also, because the simpler conventional design model has been around much longer than the inverter model, manufacturers tend to set a lower price.

To recap, inverter generators are:

They are, however, more costly and don’t produce as much power as their conventional counterparts. Given these pros and cons, an inverter generator is an excellent option for outdoor camping as it’ll be easy to carry and can meet your low energy demands.

Conventional generators are bulky but can have much higher energy output, which makes them an ideal backup energy source in homes and businesses at risk of power outages during natural disasters like storms and blizzards. With bi-fuel and tri-fuel conventional generators available in today’s market, you’ll be able to find one that’s:

Overall, you’ll need to consider the advantages and disadvantages of each power source for your specific needs. 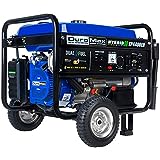 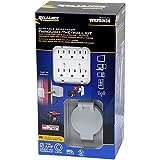 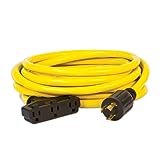 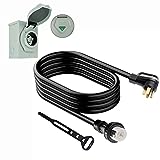 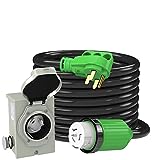 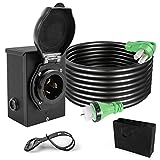 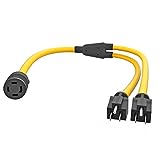 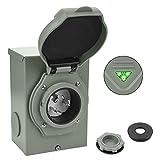 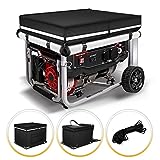